Please note this project is at an embryonic stage and subject change.

The advent of technology to allow people to take pictures of themselves without  ‘censorship’ such as using mobile devices to take Selfies raises the question: Has this altered the attitudes people have towards aspects of self image representation, has it allowed a freedom that traditionally wasn’t there?

Since prehistory, the need for people to record themselves, or be recorded by others, as well as their achievements and activities has existed. During more enlightened times of the Elizabethan England, portraiture, although largely an exclusive activity for the rich, images of the famous were used to expand notions of superiority and in this case the all seeing, all hearing of the ageing monarch. Contrast this with similar imagery, but in a very different context and we end up with Miley Cirus (note the mouth's on both 'dresses'). 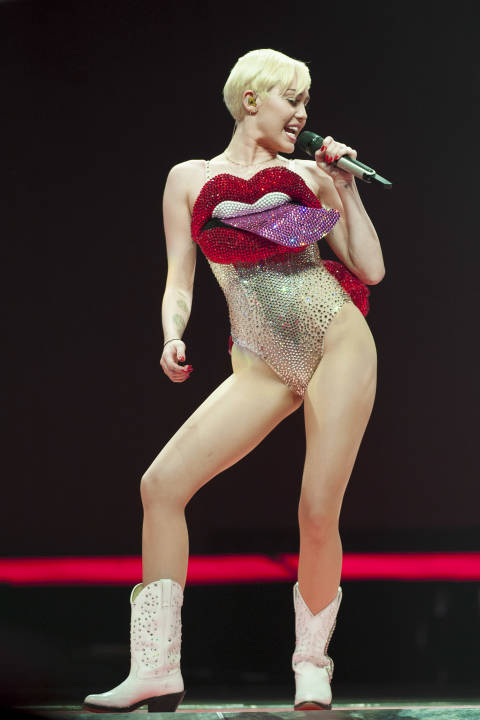 Throughout art history practitioners in multiple media [although most notably through painting] have also sort to capture their own likeness, either as characters in allegorical works or as the main focus, most famously by the likes of Rembrandt [Harmenszoon van Rijn]. Perhaps it could be argued he was one of the first 'Selfie' practitioners because he created so many self portraits throughout his lifetime.

When photography first came along it was fashionable for people to capture images of themselves and others. The first recorded photographic 'Selfie' therefore was created in 1839 by Robert Cornelius.  Again, initially this was only possible by richer elements of society, due to the cost of equipment and materials and even here, often the drive for this was fuelled largely by the illegal underground popularity of certain image types amongst the elite. Although after Fox Talbot the cost came down, and practicality gradually increased the popularity of photography amongst all classes, it was still the case that limitations were put in place both legal and culturally and through self censorship which meant that anything that involving nudity remained the preserve of the the very keen amateur or was heavily regulated by governments across the globe. It wasn’t until the development of the first Polaroid camera systems in 1948 that it really started to allow a freedom for those who could afford it, to create images without oversight. The start of the democratising of self image creation.

In the 1970’s and especially with the introduction of the Colour Polaroid OneStep Land Camera in 1977, showed us the desire for people to take pictures of themselves/others [was used by mainstream celebrities (David Bowie et al), as well as controversial artists such as Mapplethorpe and Warhol] was strong and desirable.

Since the advent of digital cameras (first available commercially in 1991, but not largely affordable for most until around 2004), and the relatively recent inclusion of these in mobile phone technology, the ability (1997 onwards and coincided with the mass adoption of the internet), to allow people to create images of themselves or others with no oversight, allowed a freedom of expression that could be altering the norms of ‘propriety’. Further to this is it effecting what is acceptable within our culture/s - with Instagram describing themselves as the home of  visual storytelling for celebrities, newsrooms, brands, teens, musicians and anyone with a creative passion does this explain Miley Cyrus? It could be argued that this technology has blurred the lines, both still and moving between nude/erotic photographs, films and amateur and professional productions.

It was recently estimated that 380 billion photographs are taken each year.

It would also seem anecdotally that there are double standards being applied by different sectors of society, and in different societies (male verses female nipples for instance). The reverse is also true of male celebrity nudity, such as seen with the ill considered selfie posted and later removed by James Franco (Click to view). I also hope to encompass and investigate some of these trends and to see if the presumptions of myself and the media, are in any way reflected in my results.

The initial research method for this project will be in the form of a online questionnaire, and aims to to get a snapshot of attitudes that can affect self image/identity. Some of the questions will be to help categorise personality and attitude, while others reflect morals and decision making. As such this overlaps morals and social attitudes, specifically in relationship to nudity. I have had a small team of testers working with me and trying to keep me informed and directed, with representatives of various sexual orientations and gender identities, and of different age groups.

Currently I am going through ethical review, as I hope to be allowed to include responses from 'under age' members of different societies and due to the subject matter and issues around attitudes to censorship/self censorship and nudity: This is proving troublesome but I am hopeful I will find a way through.

If you are interested in being involved please use this form to contact me, clearly marking the subject and what your interest is..

During my Masters (European Media Master of Art -EmMA 2000), I concentrated on the use of online technologies, looking at how these might impact delivery within the art and design education sector and ultimately how they might have been used in combination of traditional teaching methods.

My final artefact was a experiment in this area and a teaching tool for help with delivery of Photoshop to undergraduate students. As this is some time ago not all of the functionality is still supported in modern browsers, but the fundamental development was the notion of cascaded information delivery and the side scrolling nature of the tool. This also took the approach of trying to make the interface as attractive as possible, while also maintaining an interface that was easy to use, and not intimidating either - to put this in context, this was within three years of use getting the internet within the university. During this project I also created my first online questionnaire which was distributed via email. While the results were only suggested due to the small pool of respondents, it did start the process of discussion amongst staff and to a small extents affected investment within the school.

To read the original proposal click here, please use browsers back button to return to this page.

To see the final 'Online Photoshop' project please click here. I was also interested in 'skinning' websites at the time and produced a range of versions of the same project a mono version can be found here.

However please note this does not work in Chrome or Firefox, and therefore may not work in other browsers - tested in Internet Explorer v11 and worked at time of writing (April 2016).

The masters also included a trip to Amsterdam, to meet and share ideas with other students studying the same course from 6 other centres across Europe. One output from this event was a digital journal - my example of this is found here.

The other output was a 'remote' mapping project which involved us before the trip finding out what we could of a specified area of Amsterdam and creating a piece of work before the trip and after the trip. Neither of these now work in modern browsers, but a piece of work that I created is below. Click the image to see at full resolution.